Pepper and Milo expect their puppies the first week of June. We expect their puppies to be between 15 to 30lbs full grown. They will have Black Parti, Blue Merle Parti, Chocolate Parti, Chocolate Merle Parti, Apricot Parti and possibly Red Parti puppies. Both Pepper and Milo are very sweet natured dogs that love to cuddle. Milo is a joy to his Guardian home and loves as much people and snuggle time as possible. Pepper is our water lover, that is happy to go with you anywhere near water. She loves canoe rides and time at the beach. Both parents have clear genetic disease panels, as well as, Pepper has GOOD rated hips and normal elbows and Milo has GOOD rated hips and normal elbows.

Puppy picks will be at 6 weeks old. We will move down the list as families make their choices. We will be pulling from our master list to fill this list once I hear back from families. 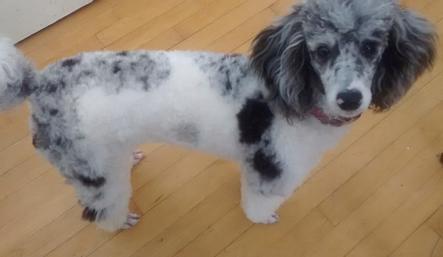 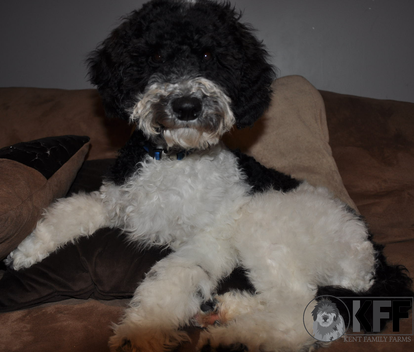 **If you were on the waiting list before the price increase puppies will be at the previous price.